Changes, under investigation, include deleting section on police brutality during October 2017 referendum

The Wikipedia page of the western Catalan town of Alcarràs was edited from an IP address linked with the Spanish defense ministry, as denounced by social media users on Wednesday.

The government department is currently investigating the allegations after the section on police brutality seen in the town during the October 2017 independence referendum was erased.

Other changes also included adding the word "illegal" when referring to the self-determination vote, which was outlawed by Spanish courts. These modifications were done on the Catalan language version of the page only, as the Spanish one does not include any mention of the referendum. In that case, the edit was just to add a comma between Catalonia and Spain.

However, results came after residents were forcefully confronted by Spanish Guardia Civil police officers on the morning of October 1, 2017. Over 80 officers arrived in the town to stop the voting from taking place.

The changes, which the defense ministry has confirmed are being investigated, were made on Tuesday afternoon from the IP address 193.33.2.243, located in Madrid, just hours after the film ‘Alcarràs’, directed by Carla Simón, was chosen as Spain’s Oscars entry. 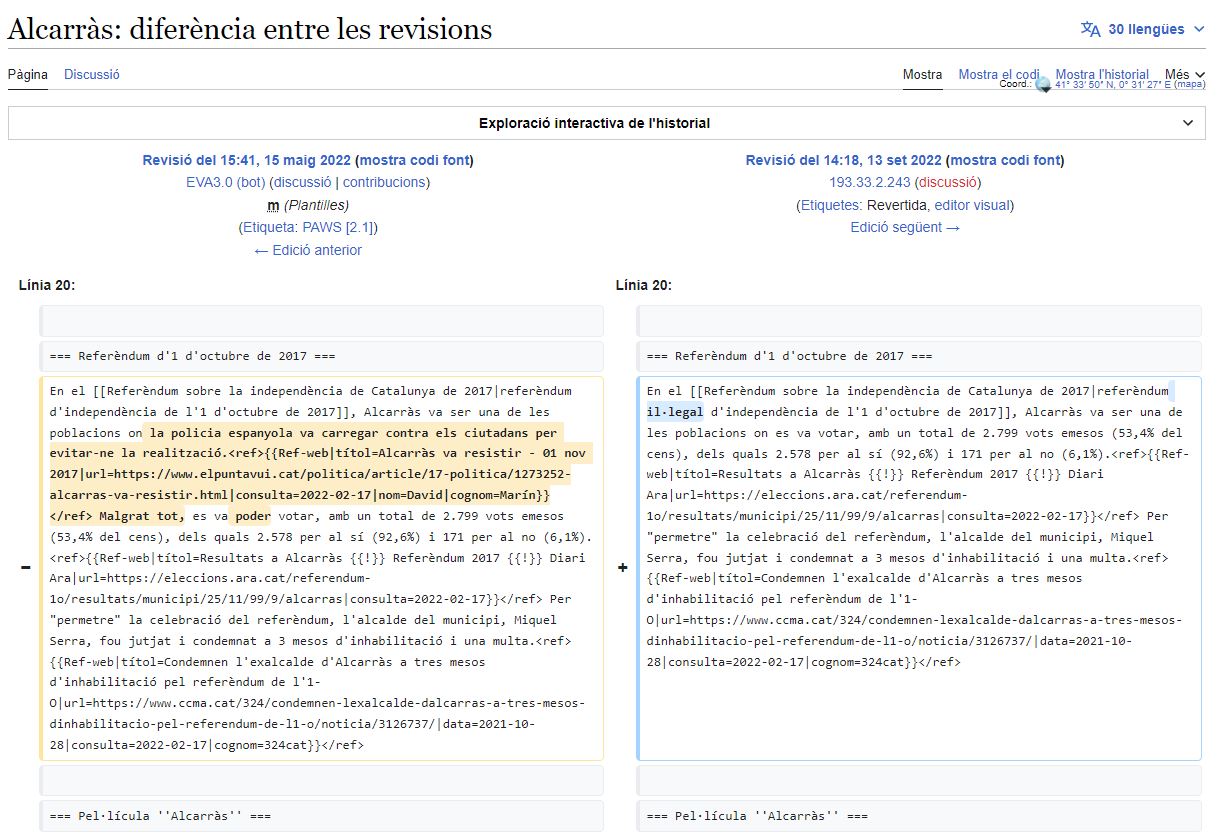 The Catalan-language movie already won the Golden Bear at the Berlinale International Film Festival in the German capital in February, the highest award at one of the world's most prestigious film festivals.

It will now be considered for a nomination for Best International Feature Film. Award nominations will be announced on January 24, and the 95th Academy Awards presentation will take place on Sunday, March 12, in Los Angeles, California.

The movie is a tribute to rural life, family farms, and respectful agriculture. It tells the story of the last fruit harvest that a family goes through on their farm where they have cultivated peaches for generations before they must leave the land after the owners decide to install solar panels.

Much of Carla Simón’s film takes place at the family home surrounded by the fields where they work. Here, we see the family gradually come to grips with their new reality.

The ministry has already announced that depending on the results of the investigation, all the documentation could be sent to the court, or appropriate measures could be taken.